The Dwarven Kingdoms are coming!

Latest rules can be downloaded here:
http://www.fateofthenorns.com/stuff/Ful ... _Rules.pdf
For those who weren't on the BETA for DK, but have the base game, please give me your thoughts.

The DK expansion adds 1 more card to each existing faction- a 7/1 which is a nice double-edged sword. Sure it wins you the trick, but it's also worth very few points. This reinforces the point/trick curve, ensuring that early tricks are low value and as the hand is played out, the value of each trick increases exponentially.

Next DK expansion also adds a whole new faction: the Dvergar! They are unlike any other faction, because they boast 2 supremacy combos. They are lower value, but they allow the Dvergar to recoup supremacy twice as easily.

You get 39 cards in the new deck, as the alternate versions of the 1/0 cards remain. I have to say I'm very stoked about this content because it has allowed us to try out so many new variants of the game. Expect more expanded rules for different types of play.

the variant I am most excited about is the draft. You put out a bench of 4-5 cards and when you bid, you draft those cards as replacements into your hard. So when you do so, you reveal some of your strategy, but you also reinforce a much stronger hand. Plus the card you put back on the bench makes it exciting for the next bidders. 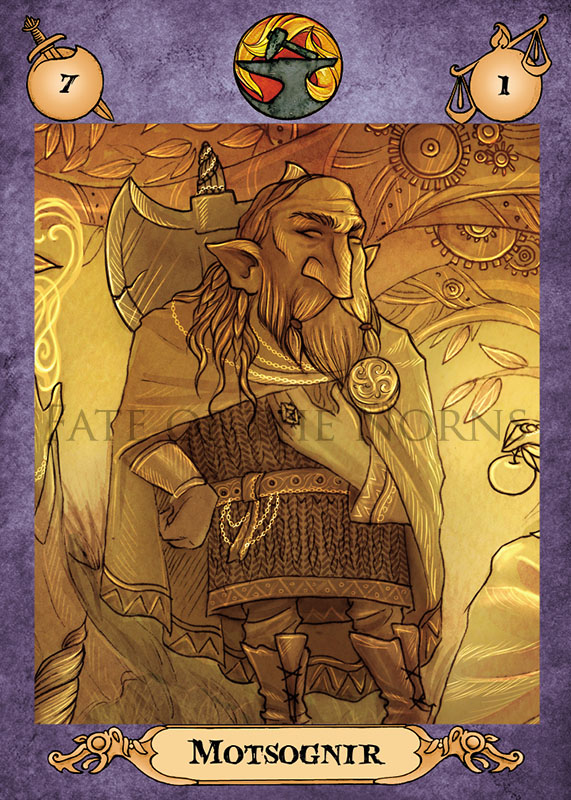 Re: Expansion is coming!

We're looking for translations of the rules in:
- French (we have someone for this)
- German
- Spanish
- Russian